Internet and Gaming Addiction- Can you manage it? 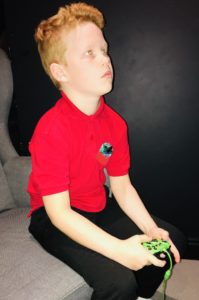 Internet and gaming addiction has become quite a problematic, widespread phenomenon for both children and adults. Today the WHO (World Health Organisation) is expected to issue a statement confirming GAMING DISORDER as an officially recognised mental disorder in the ICD- 11 (International Classification of Diseases), for which assessment and treatment should be sought.

What is Gaming Disorder?

WHO have described Gaming Disorder as a pattern of gaming behaviour characterised by impaired control over gaming, increasing priority given to gaming over other activities to the extent that gaming takes precedence over other interests and daily activities. The continuation and increasing use of gaming despite the occurrence of negative consequences.

To be an officially diagnosed the behaviour pattern must interfere with daily functioning and cause significant impairment in personal, educational, social, family, occupational and other important areas of functioning for an expenses period of time.

Symptoms of Gaming Disorder may include the following;

Like any other form of disordered behaviour gaming disorder can have negative consequences for children and adults. Although most symptoms described on the media focus of short term effects (staying awake all night to play games, not eating regular meals in order to play games leading to fatigue and changes in weight, neglecting friends and homework, relationship breakdown due to isolation), when Gaming Disorder is not addressed long term problems may occur such as depression and anxiety.

Research into treating Gaming Disorder and Internet Addiction highlight that Cognitive Behavioural Therapy maybe the most effective treatment for treating these problems.

Whether video gaming and Internet behaviour is mild, moderate or severe, it is essential to pay attention to the signs and seek help if you think yours or your child’s gaming behaviours are interfering with daily activities.

CBT is the most commonly used treatment approach to Internet and gaming addiction or Gaming Disorder. The therapy focuses on understanding the relationship between cognitions (thoughts), emotions and behaviours that lead to the maintenance of the Gaming disorder symptoms. The Motivational Drives relating to reward seeking and stress reduction, Behavioural Control relating to inhibition, Decision making that focuses on the costs and benefits of engaging in Gaming. For example challenging and changing negative thoughts relating to the need to game, understanding triggers that affect mood changes and pathological gaming behaviour. Since its not possible for most of us to avoid the internet and technology altogether, CBT aims to identify the gamers use and each them how to utilise games and internet in a healthy way and how to live in the here and now, not a virtual reality. CBT teaches children and adults how to manage daily problems and not avoid them by gaming or using the Internet excessively. For parents understanding their child’s cycle of gaming behaviour and how this affects their child’s emotions and thoughts is vital, as is settling daily limits.